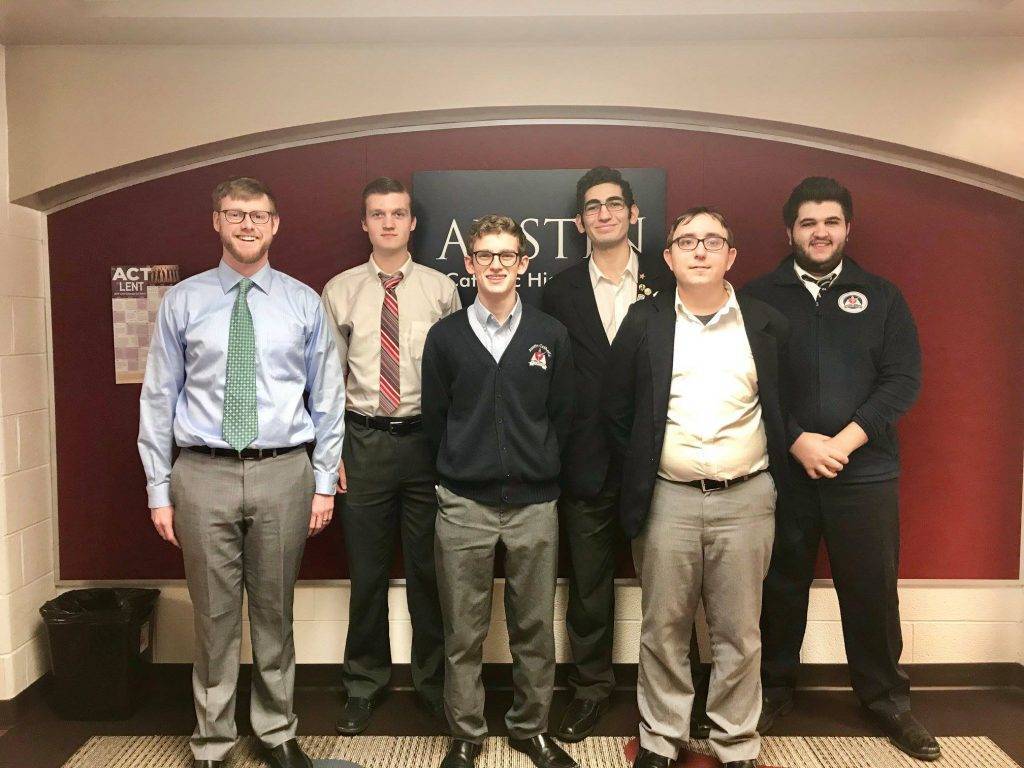 The Austin Gaming Club is a recognized ESports Team thru the Michigan league sponsored by Lawrence Tech in Division 6. Now seniors Chris Shorkey & Nathan Salamon were integral in starting the team last year but due to technical and learning the new game/system we were unable to compete through the whole season.  Game played is “League of Legends”.

Future students interested in being a member of our Esports team should contact team advisor or team captains in the fall.

Last year during the week of Prom, we hosted a Super Smash Brothers Tournament. The tournament was a huge success! We had 24 participants. The tournament generated a great deal of excitement among the students, and we are looking forward to hosting similar events this year. We are also looking to branch out beyond video games to include board games and table-top games as well.

For more information, check us out as Division 6 Competitor at  the ESports Game Club website.